Allied – Kyiv Biennial 2021 presents a concert of avant-garde, free jazz and improvisation music – the direction which was developed undercover in the former Eastern Bloc. This experimental approach to jazz is aimed to break with musical conventions, such as regular tempos, tones, and chord changes as well as to deconstruct and transgress the architecture of modern American and European music. A combination of genres the participating collectives work with are pointed against the genre as such – their works create a polygonal ritual, becoming a sonic expression of decompressed complexity of being in the contemporary world.

Inspired by non-European traditional musics, non-tempered tuning systems, psychedelic ritual performances and the legendary Jon Hassell's Fourth World music, Budapest-based Decolonize Your Mind Society was founded by Nicolas Jaar’s Other People label and Opal Tapes affiliate Bálint Szabó Gosheven as a natural continuation of their creative focus and work. The band has an absolutely unique sound thanks to the special instruments they use, like the glissotar wind instrument or the refretted just intonation guitar, not to mention the retunable analog synthesizer that further expands their mind blowing musical planet. They float in a hazy no man’s land between microtonal psychedelic rock, avant-garde, jazz and experimental music. Just intonation music needs new approaches, new instruments and their effort on their debut record seems quite extraordinary. On “Anabatic Prism” they tried to celebrate life through the sheer joy of playing together and they wanted to present these extremely colourful tunes to the public as a reminder that there is always a bright side to this amazing magical universe.

Kurws works as an open workshop where improvisations intertwine with compositions. By means of repetitions, recombinations, variations and contrasts, it plays with memory and expectations. Post-punk, krautrock, rock in opposition, funk, no wave – ways of playing, motifs, riffs, which we have heard many times before, are presented in completely different contexts – here they are dissected from their original surroundings and used in a new way, subjected to deconstruction and peculiar distillation. This autumn will see the release of their fourth album titled Powięź (Fascia). Kurws have been playing continuously for over ten years. They have played three hundred concerts all over Europe and beyond. During one of their recent tours, they traveled 11 thousand kilometers in a van across Russia, from St. Petersburg through Siberia to the shiny coast of Vladivostok. They are probably the first Polish band which took up such a challenge.

More information you can find at the following link.Share:
related 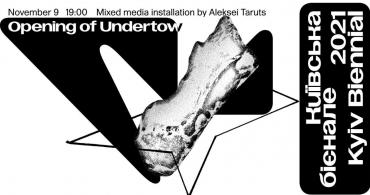