Movies you should see during DOCU/АРТ program

The films of this year DOCU/ART program — one of the Docudays UA programs — explore and problematize the nature and role of art in the life of modern humans and society as a whole, asking questions between truth and fiction, documentary and fixed. Movies screenings will be available in the October theater as well as online in the DOCUSPACE cinema from March 26 to April 4.

The Last Archer, dir. Dácil Manrique de Lara Millares
Alberto Manrique, founder of the Archer art movement, is one of the Canary Islands’ most innovative 20th-century artists. As he approaches his later years, his memory is beginning to fade, and with it, a lifetime of stories may be lost. The painter’s granddaughter, the director Dácil Manrique, returns to her grandparents’ home to help Alberto recover the memories of his life and career. As she sifts through old Super-8 footage and diaries, she discovers a beautiful love story between her grandparents and the magical world they created together — but also realizes that she, too, is on an unexpected journey of recovery from her own past.

Forensickness, dir. Chloé Galibert-Laîné
In an attempt to analyze Chris Kennedy's Watching the Detectives, a researcher dives into a massive archive of the media produced after the Boston attacks. Her online wanderings offer a performative exploration of the history of critical thinking and the ruthless politics of truth production.

Watching the Pain of Others, dir. Chloé Galibert-Laîné
In this deeply personal video diary, a young researcher tries to make sense of her fascination for the film The Pain of Others by Penny Lane. A deep dive into the discomforting world of YouTube and online conspiracies, which challenges traditional notions of what documentary cinema is, or should be.

The Filmmaker’s House, dir. Marc Isaacs
When the Filmmaker is told his next film must be about crime, sex or celebrity to get funded, he takes matters into his own hands and begins shooting in his home with a cast of characters connected to his own life. Two English builders, employed to replace the garden fence, temporarily remove the barrier between the house and a Pakistani neighbour, and a homeless Slovakian man charms the Filmmaker’s Colombian cleaner into letting him in. What follows tests everyone’s ideas of boundaries and hospitality.Share:
related 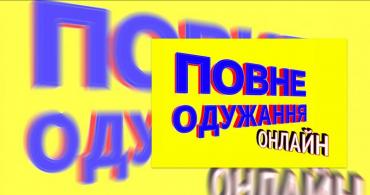